Is it a bird? Is it a plane? Nope—it’s another gif-laden update charting our progress with Pathologic 2!

Like we said before, many game systems have already been locked in place, and most of our resources go into content creation these days. Still, we keep fine-tuning interfaces and experimenting with sub-systems! So let’s dive right into them. 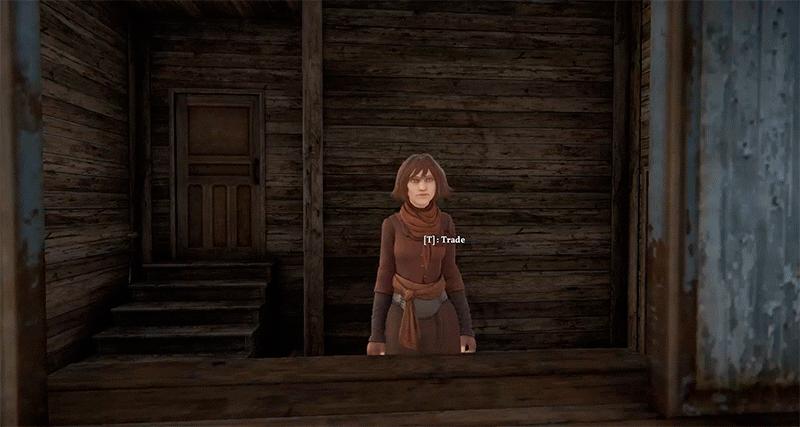 If you can’t match the price, merchants will sometimes accept items too, but you’ll likely have to overpay 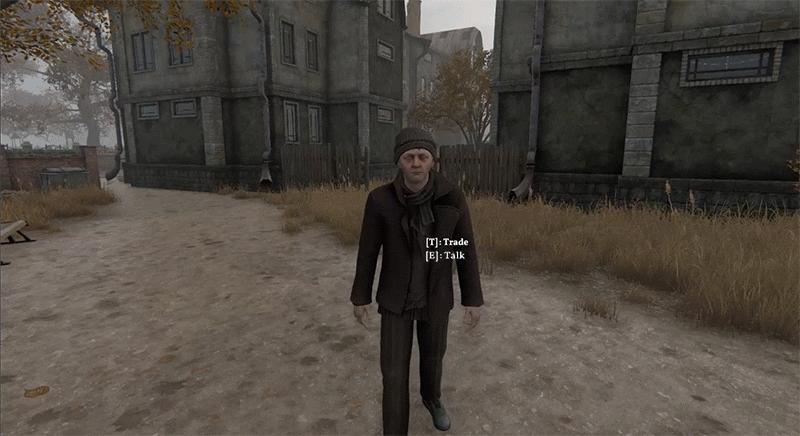 People in the street won’t take money and are more selective, but you can get rare items from them

Trade and barter are the bread and butter of the game’s economy—and since it is, in many ways, a resource management game, you will likely spend a lot of time buying, selling, and trading for items. The screens for trade and especially barter took us a while to fine-tune: it’s oddly tough to visualize the idea of item value when it’s not monetary, and convey the understanding that different characters value different goods differently.

To be done: We’re happy with our current trade and barter screens and are now mostly concerned with balancing economy. 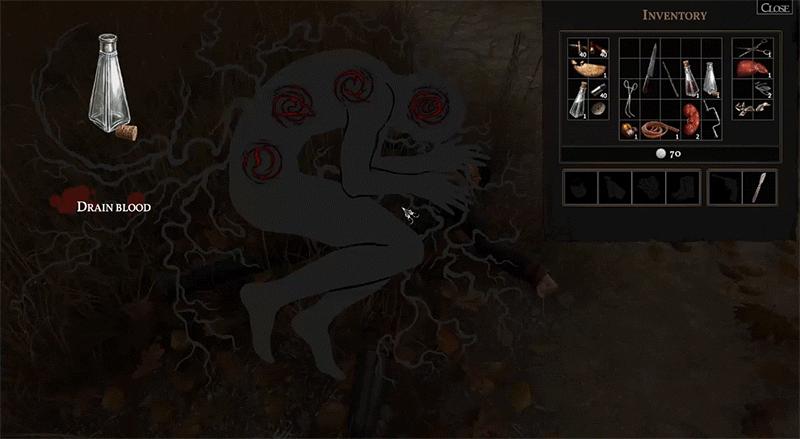 If you take human arteries and veins and lay them all down in a straight line, said human has a decent chance to feel slightly unwell 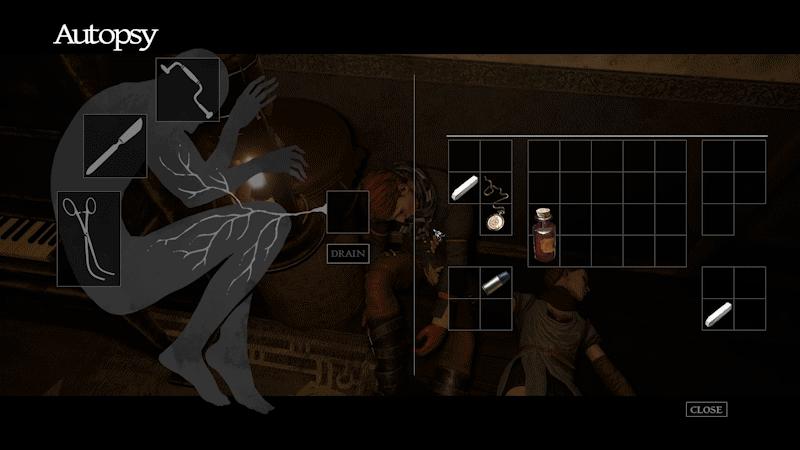 Remember the simpler time, when veins were straighter and organs, less numerous? And blood was drained from a knee? (This is an older version of the same screen.)

Trade, however, is a common mechanic in video games, so there’s a bunch of solutions that we can draw inspiration from. Things become more fun when we work on a unique, lore-heavy system, like autopsy. Even though the process is seemingly straightforward (you take a body, you cut an organ out, you take it), it’s not always trivial to communicate.

To be done: In this case, we want to make clearer still what “organ damage” is and how it works.

Dude, that was a perfectly good bottle

An outbreak leads to panic. Panic leads to unruly behavior. Unruly behavior leads to the Dark Side. Scared people do stupid things. And you are likely to find yourself on the receiving end.

To be done: That bottle physics could still use some work. 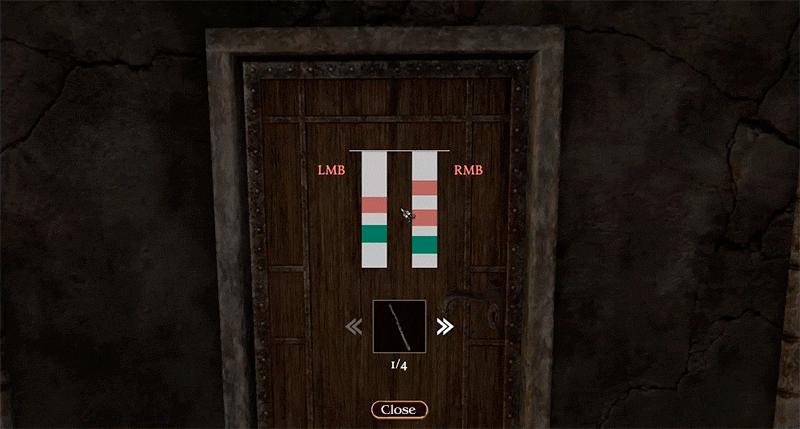 The idea is, you need to click LMB and RMB until the green bits meet at the right height. Only they won’t be green in the actual game LOOK PATHOLOGIC 2 IS A HARD GAME OKAY

Mini-games can be kind of gimmicky, so for a long time we had no plans to implement one. But then a talented programmer in our midst made this small prototype that was both simple enough and somewhat skill-driven, and it turned out to be a perfect fit for Pathologic.

You see, strangely enough, opening locked doors is not the simplest concept to convey unless you have detailed hand animations. You can, of course, simply “consume” a lockpick from the player’s inventory as they open a door, but it might be a tad confusing. In the original Pathologic, you had to equip a lockpick as a weapon and attack the door, which should have made sense, but also felt weird (take that, door!). So a mini-game is just a simple way of letting the player see what their character is doing.

And, of course, it allows for more nuanced gameplay. Locks can be simpler and more complex. A more skilled player can save resources. And the mini-game is fun.

To be done: Adding actual visuals would be a nice start. Also balancing lock complexity for different places. 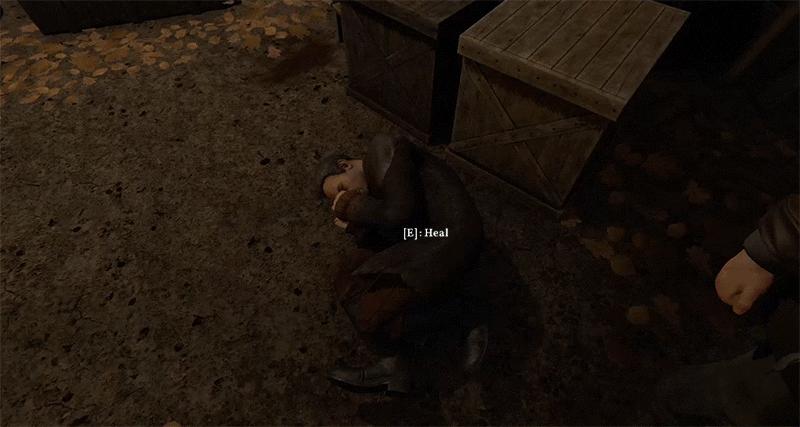 You may not like it, but this is an actual scientific representation of what human health looks like. Yup. It’s triangular

The plague became more complex in Pathologic 2, and curing it isn’t as simple as just giving someone a pill. Well… it might be, actually, but choosing the right one is a challenge now.

And Sand Plague is no longer homogenous.

To be done: Unfortunately, while the mechanic we’ve invented provides a fun risk-reward tension, the way we present it to the player requires more work and the diagnosis/healing screen is yet to become self-explanatory.

See that inconspicuous bar in the corner? We won’t spoil how it works, but infection is a bit trickier now than “one bar filled = bad, one bar empty = good.”

Also note the fashionable hoodie that some infected people boast.

To be done: …Actually, the infection mechanics are a bit too tricky now—to the point of not making sense. We’re once again working on delivery here (note a trend?), ensuring the player can figure out what is happening to them. 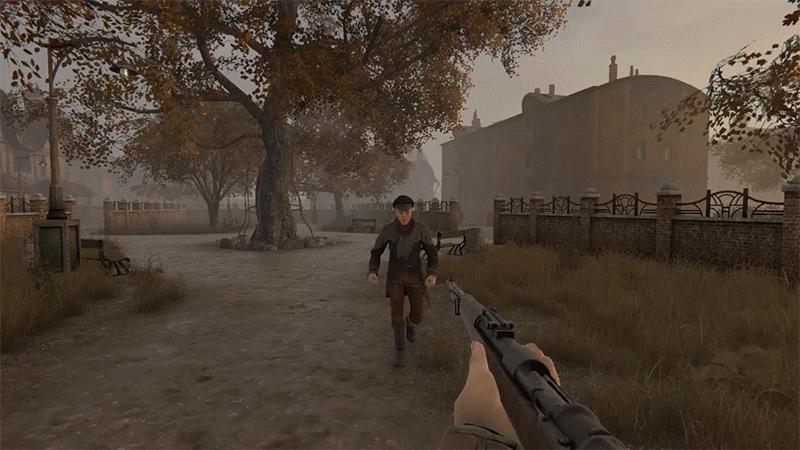 It’s rifle time! And boy does it pack a punch. Our game is not a shooter, of course, so you won’t be running and gunning people down any time soon, but landing that one perfect shot does feel satisfying.

Until you take your time to count how much that bullet cost, that is.

To be done: We need to find a way to overcome the frustration stemming from the fact that the rifle is actually supposed to be a not-so-accessible item in the game, that not every player will even lay their hands on. Otherwise it feels great. 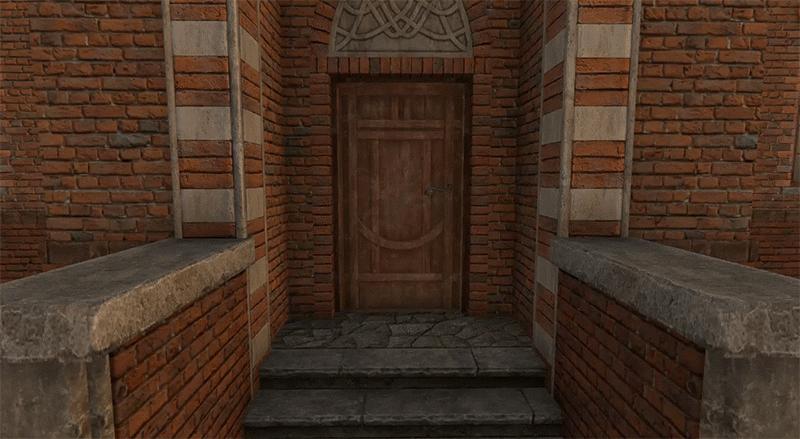 Actually, this gif, showing an autosave, is slightly outdated already. Saving freezes the game for a second, which can be annoying if it happens without the player’s consent, so we’ve switched to manual now

Saves are tricky bastards. You want to give players flexibility, but prevent abuse; you want saves to be unintrusive, but available.

Having experimented with several options, in the end we chose manual saving—but it’s only available in certain places. It’s a nice compromise: said places often host important characters, so if you strongly need to reload a heartfelt conversation, you will be able to do so, while save-scumming an action sequence in the street is discouraged. Another cool aspect is that it doesn’t break the flow of the game: as you reach a new location and the story thus reaches its next beat, it feels kind of natural to save.

…it is now more than just pressing a couple of buttons. And while you do need to load after death… are you absolutely positive that loading a save just turned the time and erased the unfortunate event from in-game history completely?

Are you sure no one remembers?

To be done: That whole thing with dying and reloading is not finished yet. Not like you’ll know, because we ain’t spoiling it. 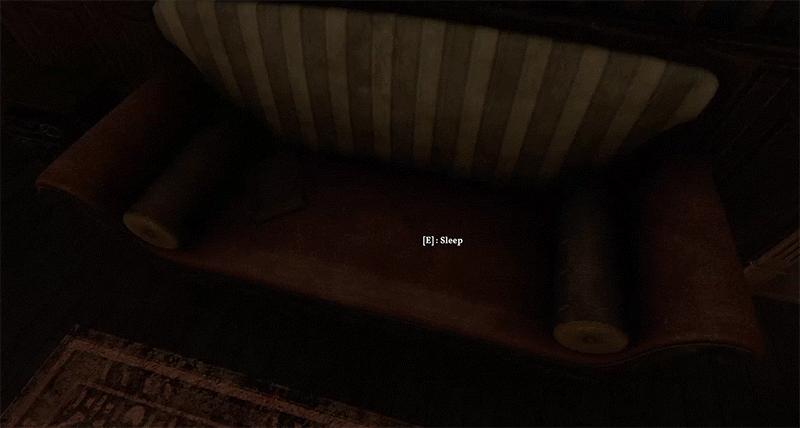 We said “lucid”, not “actually visible”

The stretch goal we’ve reached, Lucid Dreams, promised that sometimes, upon going to sleep, you’d actually see—or even participate in—an event that might hold plot significance or tell you more about the world. From game design perspective, it actually doesn’t sound too complex: you just load a separate scene with the dream situation, right? …Right?

Ah. But it would be mighty silly if the player could drop real-life items in a dream, wouldn’t it? Or if they dreamed of a real location in the Town and then woke up just there instead of a bed?

Yeah. Turns out it’s not that simple to separate dreams from reality.

To be done: The sleep interface in the gif above is actually being reworked: giving the player only three options instead of letting them choose the precise time they want to sleep for ended up being too restrictive. Not all dreams have been scripted yet, so we’re working on those too. 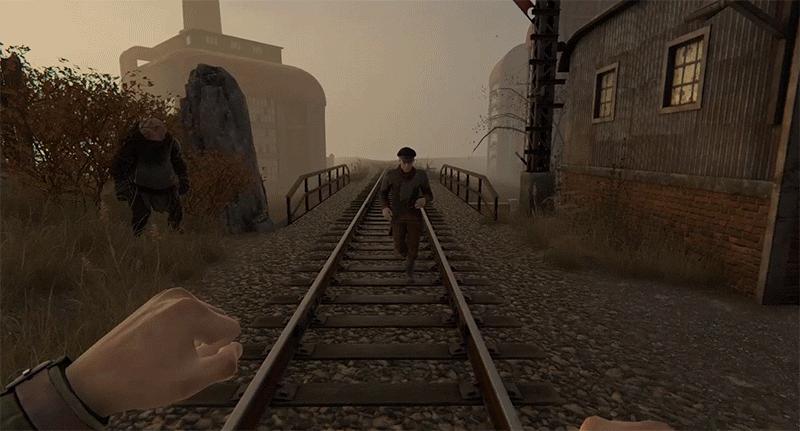 Ah, stamina. The bane of anyone dreaming of doing decent cardio in a video game

Stamina is a tricky thing. It’s understandable, of course, why it gets added to so many games: a stat that limits your action options allows for interesting gameplay, forcing the player to think about what they’re doing instead of mashing buttons. The same goes for sprinting: it can’t always be available (otherwise it would make more sense to just increase the player’s overall speed).

But stamina is also often silly, especially if it makes you stop every five seconds.

Well, here’s our solution to the issue: we tied stamina directly to your global thirst stat.

When you’re refreshed, you have a big stamina bar, that would allow you to pack punches left and right and drop the whole silly “you can only run for like five seconds” bit. However, each time you use stamina (to fight or run), your thirst increases slightly, decreasing the overall bar size. Over time, your options become more and more limited, until you find a way to refresh yourself. Otherwise you may find yourself in a tight spot. But if you’re good at finding resources, you’ll actually find yourself relatively free to be active.

The moral of the story is, stay hydrated!

To be done: This system makes real-life sense, is balanced and fun to play. What more can you ask for? 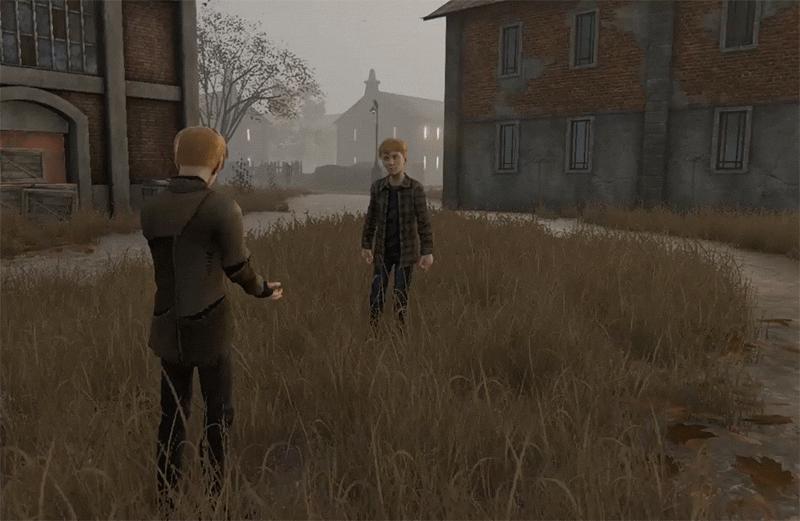 Sticky got his shirt back

Like we said before, most of our resources go into chucking out actual content now, scripting plots and scenes. The majority of game assets is already complete and are now being polished, although new and unexpected tasks still come up regularly (and will keep doing so until the build is freezed).

Say, we may have a character fully modelled, textured, rigged, and animated, but then suddenly the need arises for us to have their dead version too. And pray to the ancient bull gods that the death was peaceful and no limbs need to be torn.

And yes, Sticky got the shirt he wore in the original Pathologic back.

To be done: The task of adding more content is never done.

Hey, isn’t it like that Abyss thing from Oolacile? 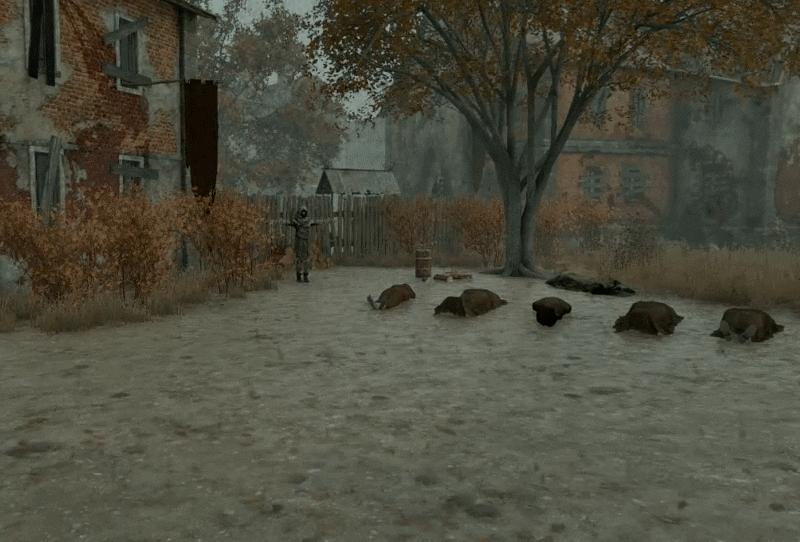 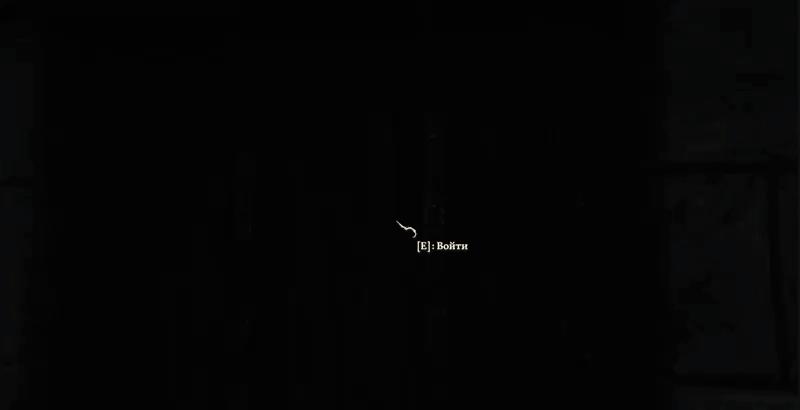 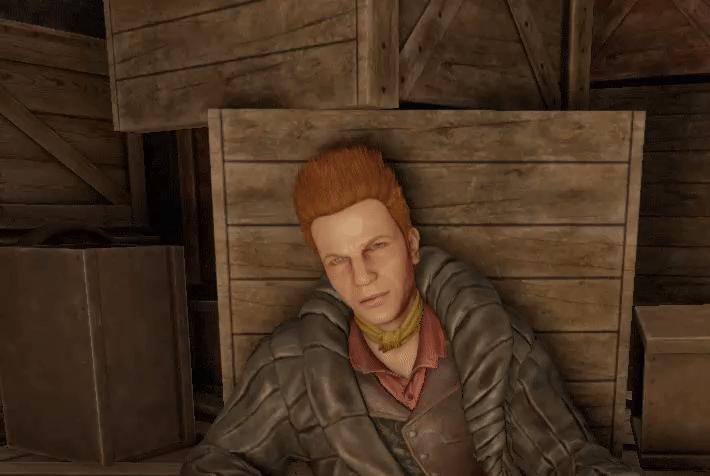 Some would say that Bad Grief is a bit two-faced

The game is working all right. But its characters could still learn a thing or two in the not-splitting-yourself-in-half-randomly department. And just… you know… learn to behave. 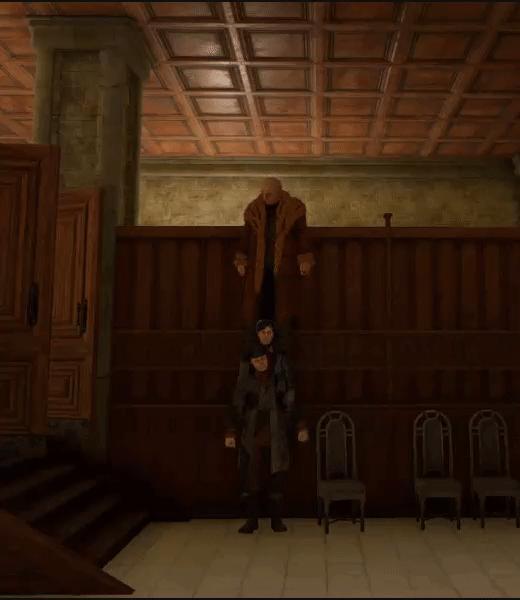 Except for Big Vlad. He may keep on. Because let’s face it: the Bachelor kind of deserves this