Hello and welcome to another issue of Pathologic 2 Report—a post where we showcase our current progress in cool gifs!

Make yourself comfortable, ‘cause the post will be long and we’ll be happy to— 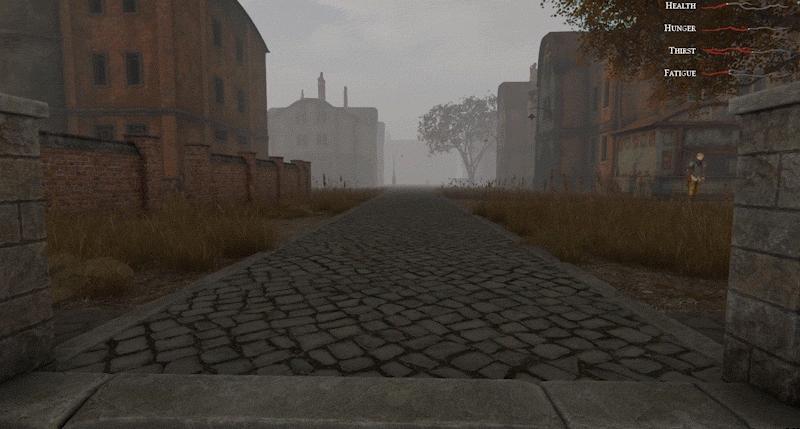 That was the new district-by-district system of dynamic reputation, by the way, that ensures that if you choose to go on a murderous rampage, people will remember… but not in a magic ‘stop right there, criminal scum’ sort of way. Only the local community cares, so if your reputation in a district drops, you try to avoid the place… unless you need something or someone there.

To be done: The system works as intended, but we need to balance what raises and lowers your reputation, because the townsfolk seem reeeeally unforgiving of petty theft now. 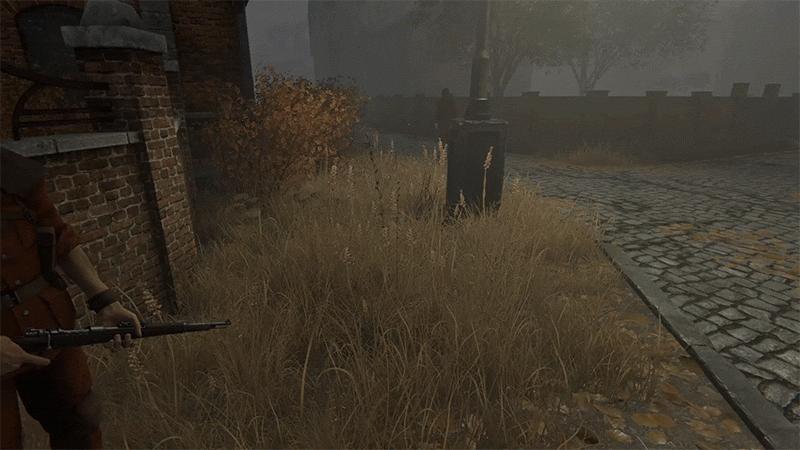 It’s like Skyrim, only everyone around is screaming in horror and pain

Picking herbs, that the Haruspex needs for his concoctions, is a process that needs to be both streamlined (i.e. the player should be able to find them with reasonable ease, not waste half an hour on a single blade of swevery) and non-intrusive visually. The system we’ve implemented works as intended, throwing something more on top of visual alerts.

To be done: The system works as intended and is finished. 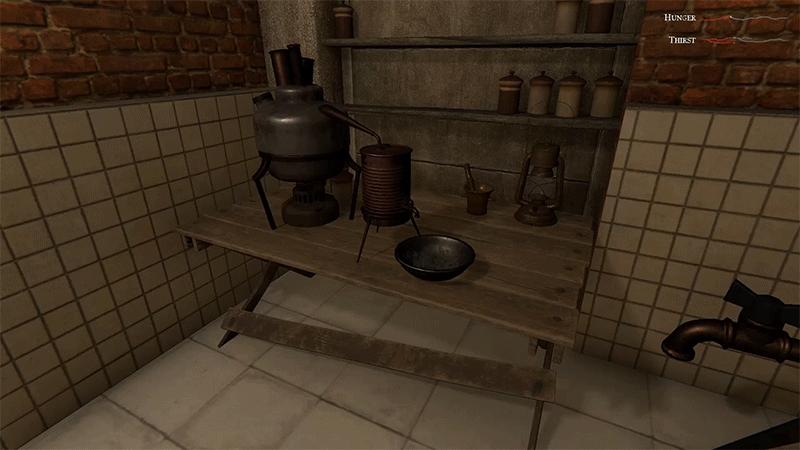 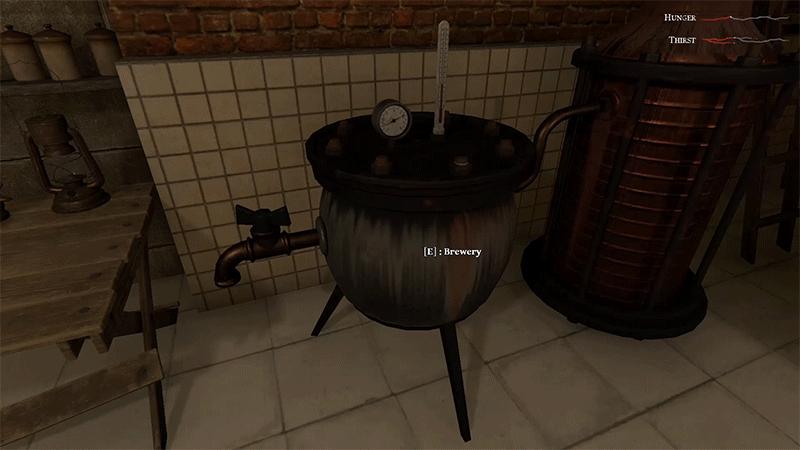 Pathologic 2 is a game about planning and resource management, where crucial items often have several uses. Do you drink water or use it to make a tincture? Do you drink that tincture or use it on someone else to detect early plague symptoms in them? If making a remedy takes time, how do you plan your movement around the town? What do you use and what do you sell?

The choice is yours.

To be done: The system is in place and works, it’s all about balancing now. 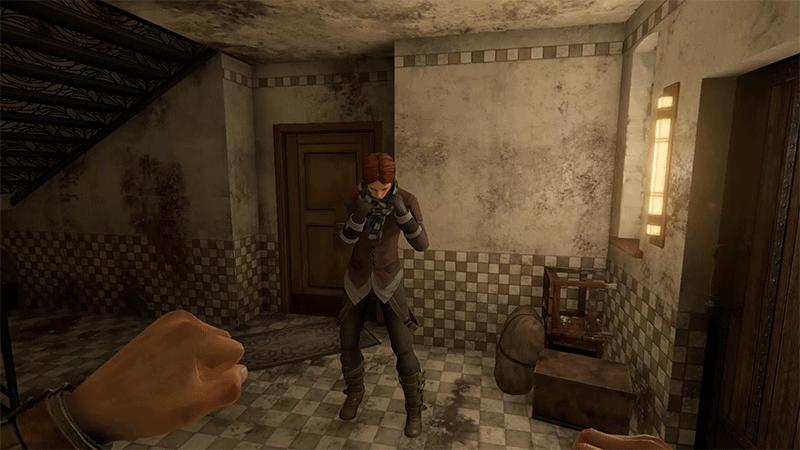 Melee fights have gone through several iterations since January, with us improving the stamina management aspect, adding new hits (pictured above), and ensuring the actions of your opponent are telegraphed well enough for you to be able to react in a smart way. The fights are now working properly in the actual game environment.

To be done: One-on-one fights are fun now, but the actual action in the streets gets too chaotic in a bad way sometimes. We also feel that the player isn’t properly encouraged to utilize all options available to them, making hit-and-run tactics too beneficial to try anything else. More tuning required.

Just like in the original Pathologic, odonghs have unique animations and hit like a truck. They can also jump at you with a bestial roar. All in all, you don’t want to mess with them (but we all know that at some point you will).

To be done: Same as above, only with a bestial roar. 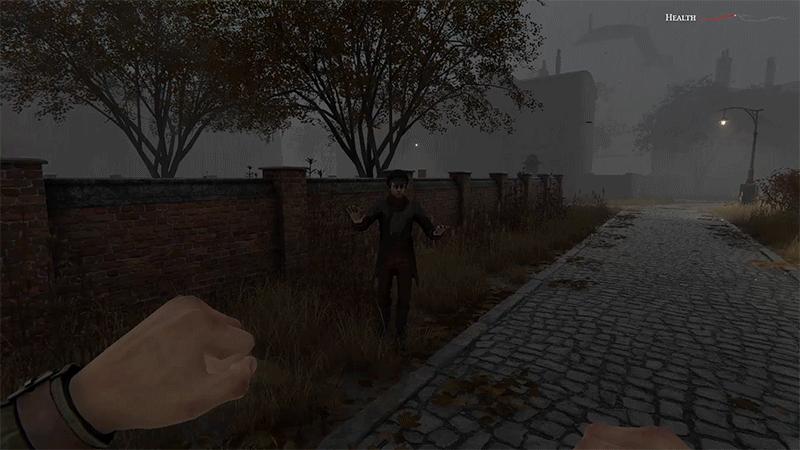 One way to ensure the player doesn’t feel pressured to murder everyone who rubs them the wrong way is introducing the long-promised non-lethal fights.

Let’s face it: while the mood and the role-playing of Pathologic 2 may not be about fighting, sometimes mugging people makes fiscal sense. There are several systems in the game precluding you from abusing this, like the aforementioned reputation and armed NPCs reacting to your violent actions… but some players will still be tempted to resort to violence, especially in self-defence, and we want to provide a middle ground for them. If an NPCs feels threatened enough, they will stop fighting and let you mug them. No blood will be shed.

(Unless you reeeeally want that sweet, sweet kidney of theirs.)

To be done: Tuning the AI. While conceding works as intended now, the whole complexity of NPCs’ behavior is not complete yet, so we may need to change things. 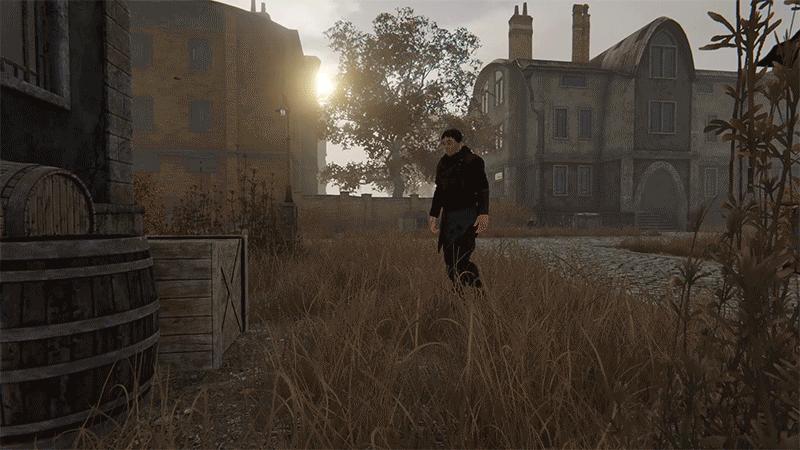 Oooh, a crate! Gotta investigate that!

While we don’t want the NPCs to be overly active, they keep learning things. For example, now they feel an occasional tingle of curiosity and inspect points of interest, like crates, walls (to lean against), windows (to look out of), and, of course, the most engaging of them all: dead bodies. 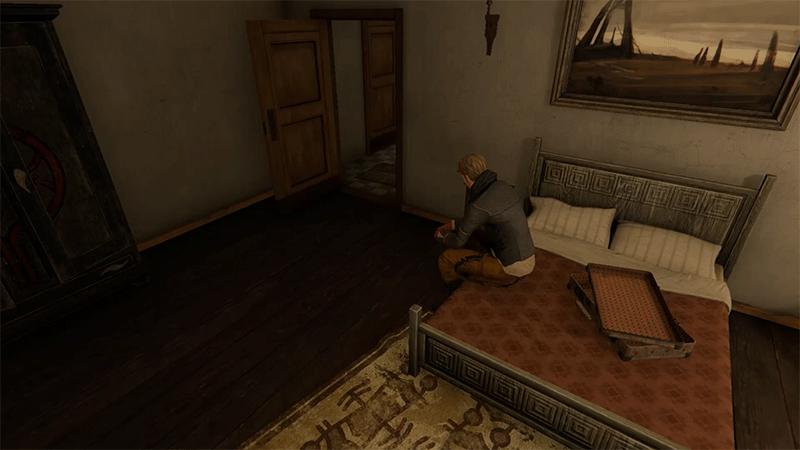 As a bonus, most of our NPCs can look like they’re going through a really painful break-up at will

To be done: More points of interest… but also less chaos and unnecessary activity. We’re in that phase now when our NPCs have learned to do cool things, but tend to do them in ridiculous ways. That needs to be fixed. 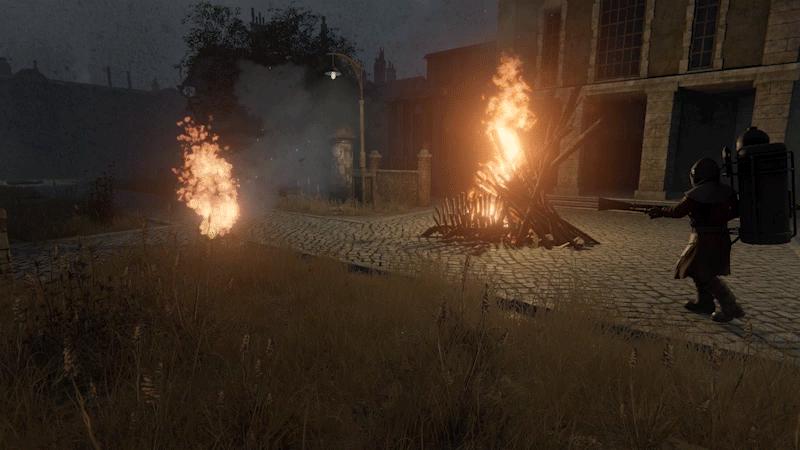 The flamethrower-wielding corpsmen can now detect infection and cleanse it with fire, both in infected NPCs and you. Unfortunately, the cleansing tends to have the minor side effect of the infected person dying. One more thing to keep an eye on.

To be done: The AI works as intended, but the victim actually doesn’t burn and once, waiting half a second to catch fire instead.

The voices work in Pathologic 2 like they did in the original game, with characters uttering single phrases—not voicing their written dialogue, but expressing an additional level of character. Most Russian lines have already been recorded, but they’re not implemented yet.

To be done: Actually introduce the voices to the game. Record the English version. Add subtitles.

Currently, most of our resources and energy goes into implementing actual content—that is, the storyline itself. While the majority of the assets are already complete, you never know when a particular event may demand a unique animation, item, or even subsystem. After a story is fully devised and all assets are available, it needs to be scripted and tested.

And not spoiled to y’all, which is why this part of the Progress Report is brief. 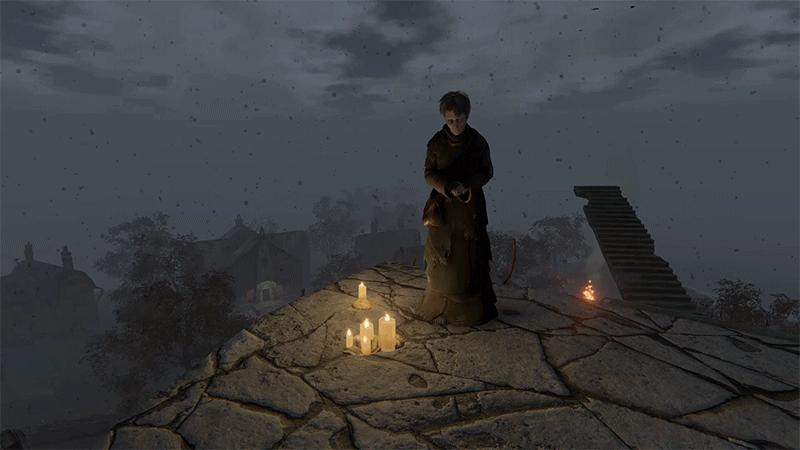 To be done: The task of adding more content is never done. 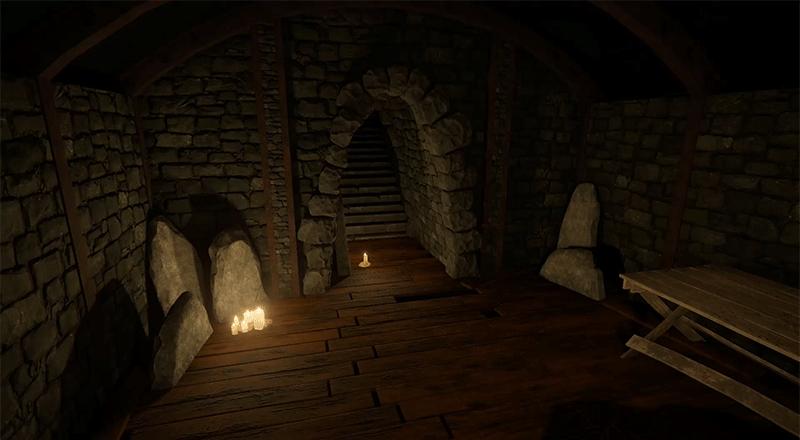 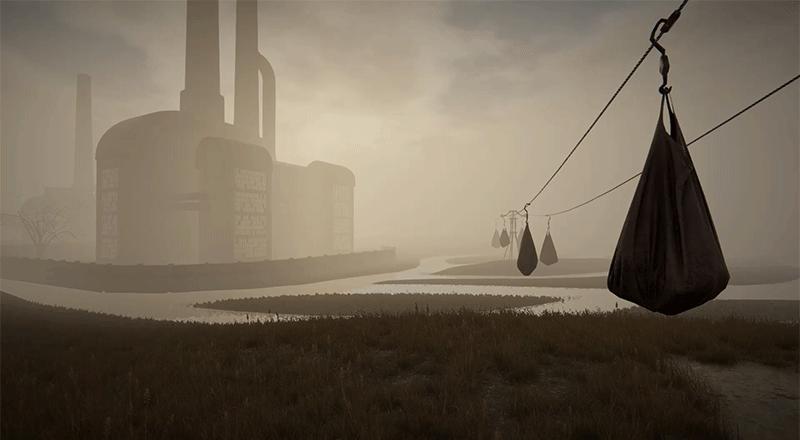 You can almost smell it

The town is built completely now, except some unique indoors. Now it’s all about polishing the locations.

To be done: Polishing. Polishing. Building more indoors. The ‘burnt-out’ (post-infection) districts are still to be added. Also, polishing. 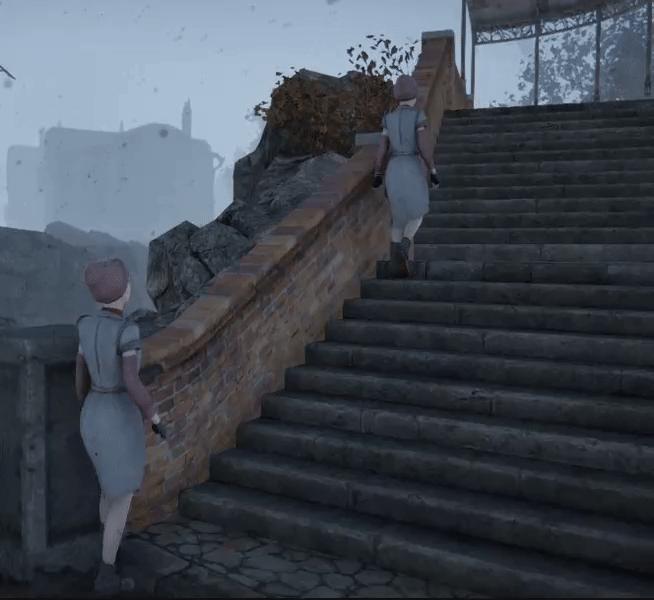 How Can Stairs Be Real If Our Legs Aren’t Real 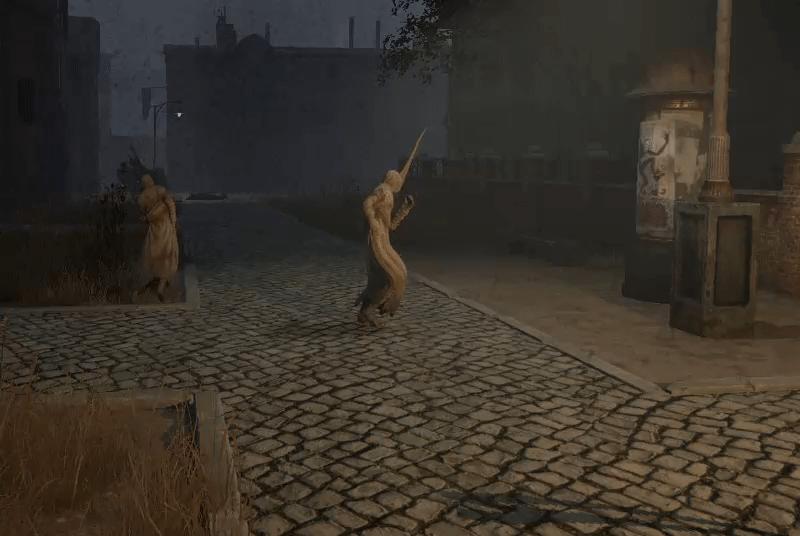 Like we mentioned before, before they get smart, they have to pass their stupid phase. The really, really stupid phase. 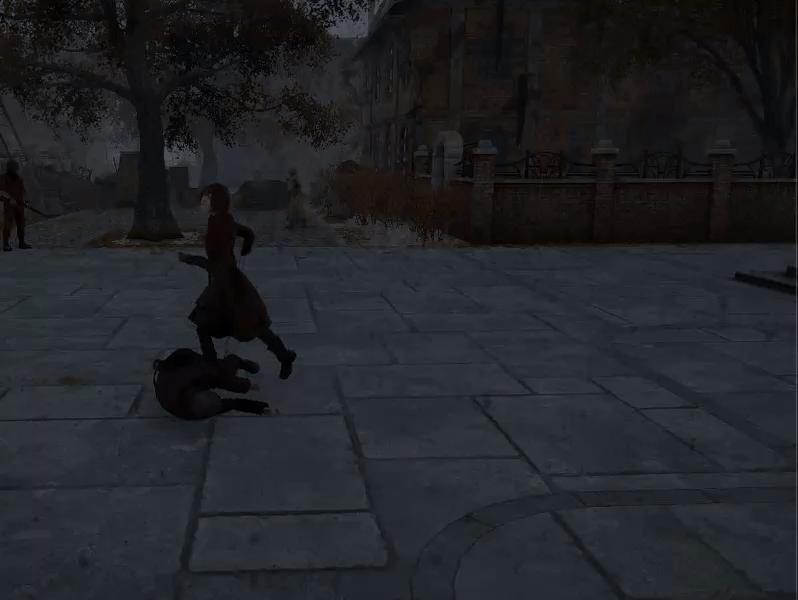 They do perfectly represent our modus operandi sometimes though